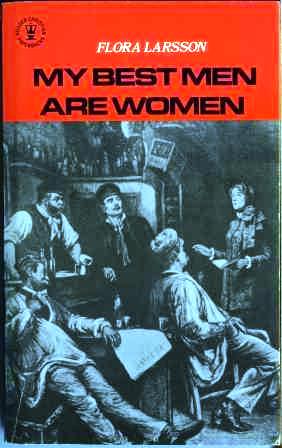 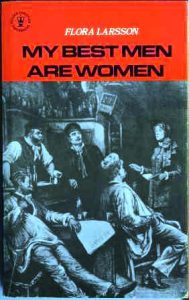 I believe God chose The Salvation Army because he needed not only the prophetic voice of those whose hearts were fully committed to him, but also their prophetic actions. I guess that many who read what I just wrote immediately think about the social ministry of The Salvation Army. This is of course very important, but in this field we are far from being lonely activists. Down through the history of the Church, many Christians from different traditions have had focus on the diaconal side of Christian living, and in doing so contributed to making the faith credible.

I believe God chose to strengthen and bless William and Catherine Booth, because he saw the potential of Catherine’s prophetic voice and action, and that William would be ready to support her. So I think the third answer to the question above is:

This view is closely related to holiness simply because there is no holiness outside of Christ. Paul describes our status in Jesus Christ in this way:

There is neither Jew nor Gentile, neither slave nor free, nor is there male and female, for you are all one in Christ Jesus.
Gal. 3:28

In other words, it is contradictory to holiness and to the essence of what Jesus is all about if people in a church are limited because of their race, social status or gender. In our movement a saved person from the gutter or the prison, should be worthy the same trust as a saved person with a spotless record and university degrees. In fact, sometimes it has taken longer for representatives from the latter group to be accepted, which was the case for Samuel Logan Brengle.

The same attitude of equality relates to ethnic background and to gender. When we read the history of the Church, a general observation is that women have not been treated as equal to men with regard to the right to ministry.
I am convinced that it has been in the devil’s interest to keep it this way. Therefore, God chose to bless The Salvation Army because he wants to mobilize women. However, even in our own movement there is a tendency to give the leading positions to men rather than women. This tendency is particularly evident when appointments are given to married couples. So, if we want to keep God’s blessing upon our movement, we must make sure that our rules and practices are in line with the rules and practices in Christ.