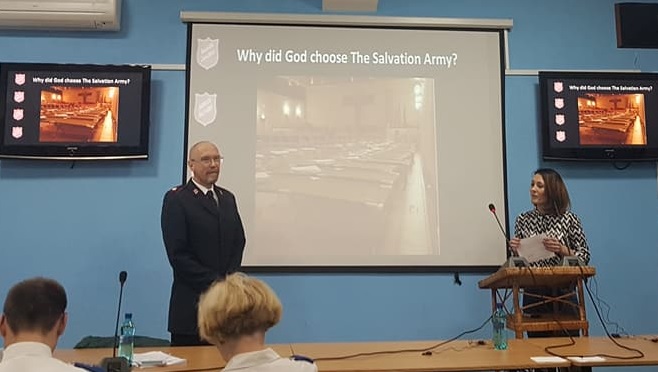 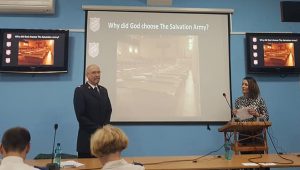 Some days ago I shared information about the EMMA-program on Facebook, and wrote: ‘- watch out for a blog next week’. The reason was that in the planning of the final meeting, Magna and I decided that we wanted the testimonies from the delegates to answer the question: “Why did you choose The Salvation Army?”.
Almost as a joke I said to Magna: “Then I can preach on the question: ‘Why did God choose The Salvation Army?’”

I must admit that I have sometimes wondered why, but I have never tried to answer the question until I gave myself this challenge. I ended up with five points. Each point deserves a deep Bible-study supported with short biographical examples down through the history of our movement to our present time. However, this is just a glimpse:

# 1 God chose TSA because of people with a calling and a passion!

Since God created man in his own image, he has been scanning the earth for those who can make him known:

For the eyes of the Lord range throughout the earth to strengthen those whose hearts are fully committed to him.
2 Chron 16:9a

More than 150 years ago he found two people with that calling and passion and he strengthened them in such a way that Catherine and William Booth in the power of The Holy Spirit were able to touch other people’s lives with the gospel. In this way the number of called people with a burning passion grew rapidly into a mobilised Army. God even allowed them to organize themselves in an Army fashion because he saw that their hearts were fully committed to him.

Without that calling and passion for mission, God would never have chosen The Salvation Army, because God does not choose organizations, he chooses people.