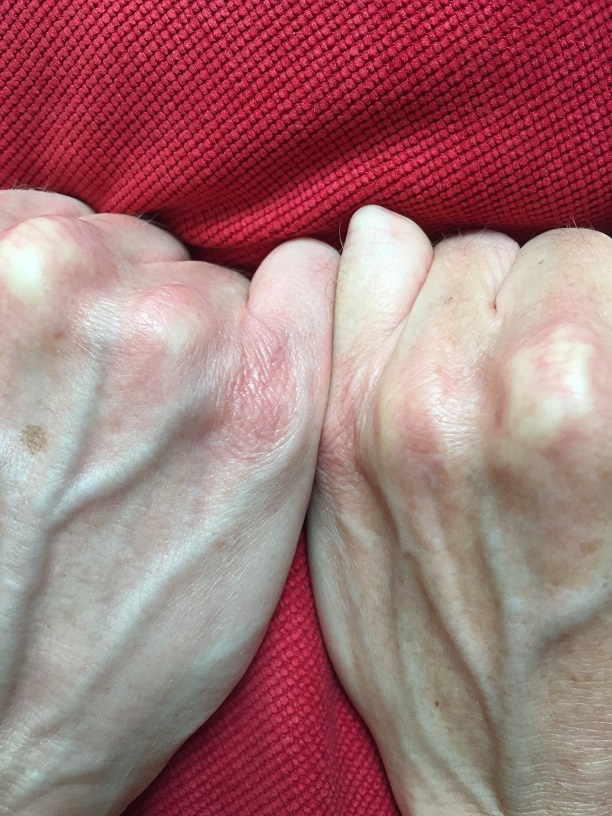 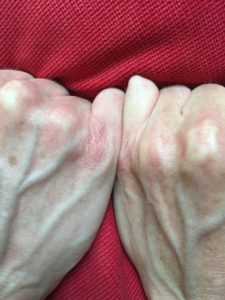 … when I want to learn more about the fruit of walking in and with peace?

The question may seem irrelevant but it is important!
When Paul continues his teaching about walking ‘worthy of the calling we have received’, the first fruit of walking in and with peace is that we become “one” body:

So what can I learn from my fingers?

I learn that even though my little fingers do not look alike, and are not always functioning equally well, they are part of the one and same body. There is no use for Mr Rightfinger to be proud because he looks better or functions better than Mr. Leftfinger. Fortunately, I know that Mr Rightfinger does not think that way, because I am the head of my body and my spirit rules in it.

I could have used my knees as example as well, but they are not as photogene as my fingers, and today it is hard to distinguish one from the other. 40 years ago my right knee was badly damaged in a car crash. It affected the whole body, however, Mr. Leftknee did not blame Mr. Rightknee.

On the contrary he took on himself much of the burden and assisted Mr. Rightknee in restoring much of his function. Two years ago the tables turned when Mr. Leftknee was injured in a terrorist attack. If it wasn’t because of Mr. Rightknee I don’t think I would have been walking today. He carried the burden, and still helps Mr. Leftknee to stretch when he is in a bad mood and threatens to hurt the body.

Called to one hope in one body filled with one Spirit.