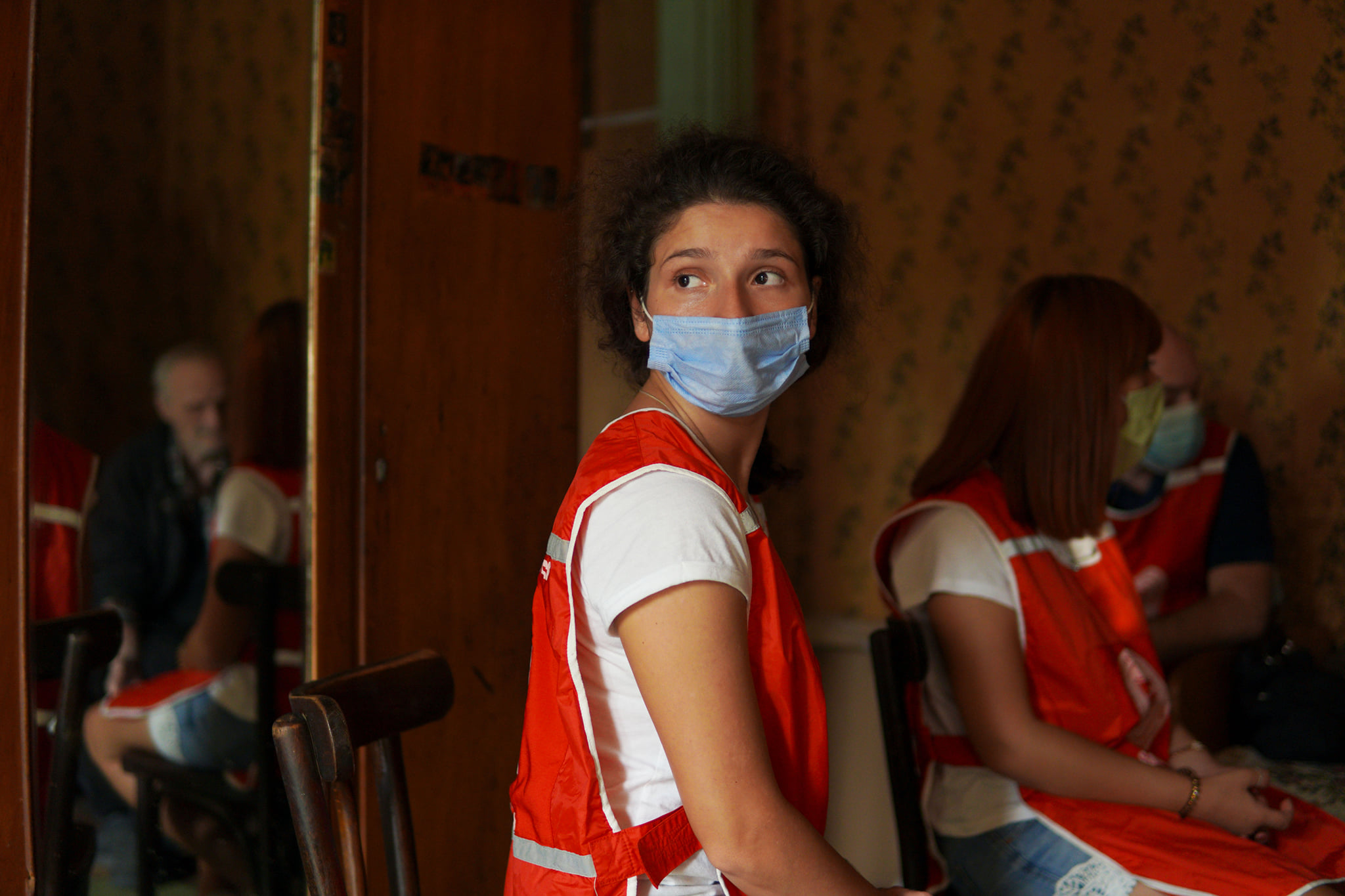 In the late Friday evening in a small kitchen, The Salvation Army officers and the soldier, Levan, Nino and Pavle are getting ready for the night trip to Tbilisi. Nino is taking care of the meal while Capt. Levan and Pavle are dividing the hot mean in the containers. There is also a huge thermos filled with tea.

The car is loaded, and the rod leads us to Kote Abkhazi Street. As Major Nino explains to me, they know the homeless people in this trajectory as they got meal the first place every night in previous years. It is already ten years The Salvation Army volunteers’ takes turns at nights to carry out daily night meals in the cold streets of the city.

Today is the first day they went out to the well-known streets. Offering hot meals and tea to the homeless usually lasts at least until 1 AM. They know those people by their names and make friends among them. Sometimes they even manage to offer jam to the people who miss its taste. They had such a case when they prepared Chikirtma (Chicken soup) and made one very happy tasty evening for them. Nino shares that it is important for her that people see Christ through action. She worries that much can be done if they had support from the government. He wished that the homeless had the shelter in Tbilisi, where those homeless would live they had met personally last ten years.

Captain Rezo and Salvation Army volunteers, Maya and Diana, start their ministry on Saturday afternoon. This time they have the list of needy people who need special help in the time of the pandemic. The car is loaded again – the trunk is full of different products to deliver and distributed among the houses. They compiled the list from the multiple sources. Some they know from TV reports and now they are ready to offer help; some people contacted to the Salvation Army by themselves; some are those who come to their church and the church is aware of their needs.

Sunday morning begins with Worship Service. Every visitors’ temperature checked by the door, and only after that they can sit and ready to listen to the preacher. Together they read passages from the Bible, testify and worship God with hymns … The hymns are accompanied by various musical instruments, guitars, drums and vocals.

Sunday evening dedicated to the youth. The format of this meeting is similar as morning service; the different is that the topics of the conversation is relevant to young people. For example, today the main topic is Depression and the Ways to Overcome It as it is the one of the problems for teenagers. The meeting continued with game, where youth divided in to the small teams and played “What? Where? When?”type of game.
Information about the church belief provided in the record of the Salvation Army Act 1980:
“The Salvation Army is an integral part of the Christian Church, although distinctive in government and practice. The Army’s doctrine follows the mainstream of Christian belief and its articles of faith emphasize God’s saving purposes. Its objects are “Spread the Good News; strengthen the faith; help the Homeless and engage in other charitable activities that serve society and humanity.”

The movement, which began in London in 1865, now reached more than 130 countries including Georgia.

Prepared by the support of: USAID-PROLoG – Promoting Rule of Law in Georgia Activity