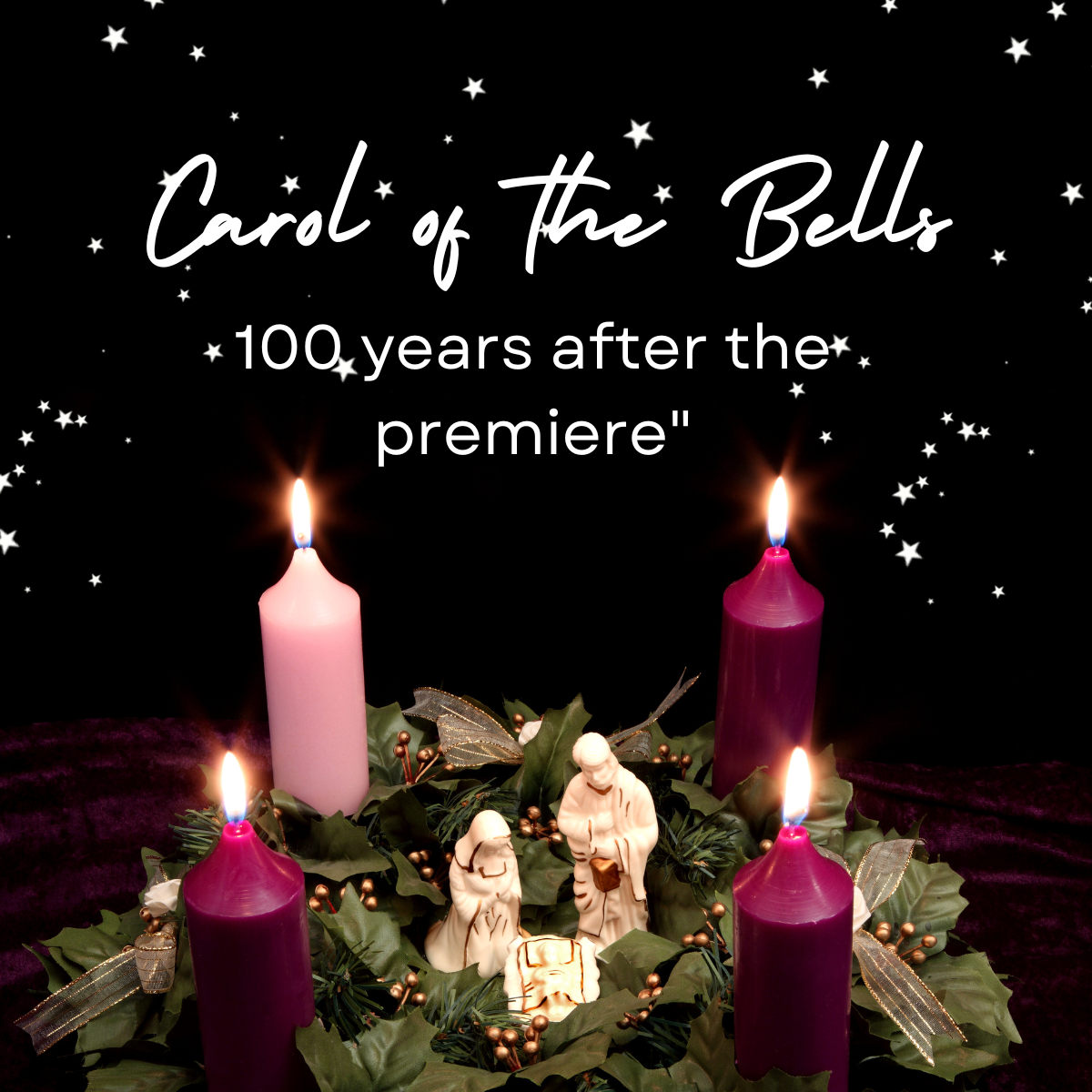 Light up faces with joy,

Let him show the way to love

May you be happy and healthy!”

These were the words of the host of the concert, Hollywood actress of Ukrainian origin, Vira Farmiga, in Ukrainian language, which opened the concert called “Notes from Ukraine” on December 4 in Carnegie Hall on the eve of the birthday of the famous Ukrainian composer Mykola Leontovich (December 13). American director Martin Scorsese was also invited to hold the event. “Shchedryk” sounded again in Ukrainian, performed by the Kyiv Children’s Choir “Shchedryk”. Vera Farmiga noted that such carols were a part of her childhood when she was growing up in a family of Ukrainian immigrants in New Jersey.

100 years ago, under very similar historical circumstances, the American premiere of Mykola Leontovych’s famous work took place here, performed by the Ukrainian Republican Capella under conduction of Oleksandr Koshyts. Then in 1936, Peter Vilhovsky, an employee of NBC radio, of Ukrainian origin, recorded the English version of the words “Schedryk” and called the song “Carol of the Bells”.

It is under this name the Ukrainian folk song is loved as a symbol of Christmas in the United States, Canada, Europe, Australia, and even Japan. The genius of the composition “Shchedryk” by Mykola Leontovych also lies in the fact that he managed to glorify the Ukrainian singing nation to the whole world with three notes and four sounds “do-si-do-la”. Thanks to him, Ukraine is called the “land of songs” in the world.

In addition to Kyiv Shchedryk, the organizer of the concert, Ms. Leah Batstone, who is the artistic director of the Festival of Ukrainian Contemporary Music in the USA and the concert director of the event at Carnegie Hall, invited to the concert the Ukrainian choir called “Dumka” from New York, the choir “Trinity Wall Street”, and as well as the Shevchenko Ukrainian North American bandurist band.

Kyiv choir “Shchedryk” came with 56 members – 51 females and five males aged 11 to 25. The vast majority of them have never been to the United States. So, between rehearsals and the performance, they did break out to see New York, including the famous Metropolitan Opera. There, general manager Peter Gelb, a great supporter of Ukraine, gave them a personal tour.

Choristers received a stunning impression and great approach to the process. The children wanted to share their impressions with their parents as soon as possible, but it is very rarely possible to call their parents, because in Kyiv most of the time they are without communication and electricity. And the children even practice in the choir classroom with flash lights during power outages, and during air raids – in a bomb shelter.

That is why, apparently, when the audience asked with applause to perform “Schedryk” “encore” for 10 minutes, the administration made an exception to the rules, which requires compliance with the timing and is not allowed to repeat the performance, and “Schedryk” sounded “encore”. And it was a confirmation that music is the best ambassador of peace and support for all time. And now it is especially important for Ukraine to use cultural soft diplomacy to convey the ideas of the struggle for independence and freedom.

The performance of the most famous song in Ukrainian and English sounded like a hymn to Ukrainian indomitability – indomitability in the long and exhausting struggle for freedom and the right to one’s own path, for one’s heritage and future. Martin Scorsese emphasized this in his speech – he was met by an equally intense ovation.

Also, on Christmas Eve, Ukrainians are proud of their fame to the whole world and honor the great genius Mykola Leontovych, all those geniuses who gave their all so that the world knew about our singing, and about our courage, and about our independence.

Ukrainian flags, Ukrainians on stage and in the audience together with the world civilized community – all thoughts are with Ukraine.

But after darkness there will always be light, and the concert at Carnegie Hall is indisputable proof of this truth.