On some days, the atmosphere of suffering and despair overwhelms Lieutenant Oleh Samoilenko and all he can do is cry. Life has become an all-too-familiar routine of ministering to traumatised families, comforting grieving children, listening to stories of pain and incredible loss: loss of life, loss of homes, and loss of innocence. “As an officer I often can’t find the right answers,” he says quietly. “I cry with people and very often can’t understand how it could happen that little children died because of bombing, soldiers are killed, and many, many women are trafficked.”

Lieutenant Samoilenko is a Salvation Army officer in Ukraine, a country which,  since 2014, has been the scene of intense, deadly and ongoing fighting between government forces and Russia-backed separatists. Most of the fighting is focused in the eastern part of the country, around the cities of Luhansk and Donetsk.

It’s become largely a forgotten war, especially from a Western perspective, yet thousands of people have been killed and more than one million have been displaced, forced to flee their homes seeking shelter and a safe place for themselves and their families. The fighting has recently escalated sharply in the unrecognised rebel republics in eastern Ukraine’s Donbass region.

Salvation Army corps in both Ukraine and Russia have been assisting those affected by the crisis since it began.  Lieutenant Samoilenko has been integral to this work.

“I still do not know what to say to a mother who lost her son because of the war, or to a girl whose soldier brother has been missing in the war zone for two years, or to an elderly woman (a former teacher) whose school was blown up together with the children,” he says. “ These are just some of the stories that people share with us. People are crying and just want the war to end. Just recently, in the town of Avdiyivka, near Donetsk, 12,000 were evacuated from their homes after shelling by rockets and artillery – and all at winter temperatures of -20C. It is so painful to see these people and the destruction of their homes, their town, and their lives”. 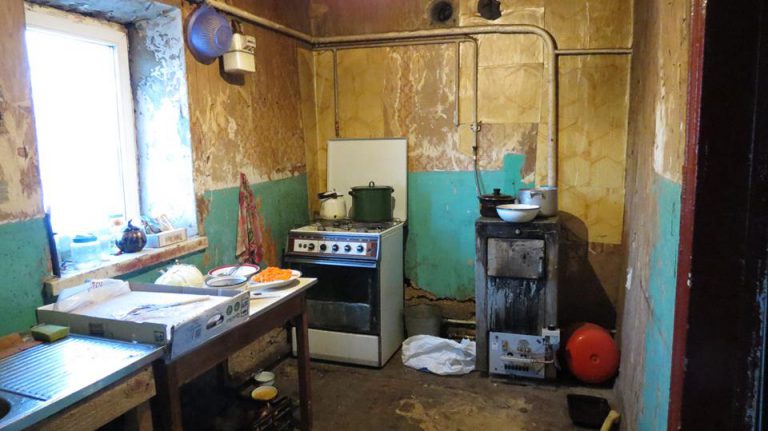 “I have a lot of thoughts about all this madness in my country. So quickly, so many people have become poor, lost their homes, and many, so many, have lost loved ones. Families and friends have become divided because of different opinions about the war and politics; and there are even conflicts in the church and between Salvationists. Such difficult days have clearly shown how real our Christianity is, or is not; how we trust in God, or not; and people’s true values.”

The Salvation Army in Ukraine, which is a division of the Eastern Europe Territory, has been assisting internally displaced people (IDPs) since the fighting began. Almost every day, there are more people, primarily IDPs from the Donbass and Crimea, who have been coming to The Salvation Army for help. “Initially, most of our assistance was through meeting people’s immediate needs through food parcels, clothing and shoes,” explains Lieutenant Samoilenko.

“From 2016 though, we added to the way we were helping them as many people were finding work, going to school or college, and needed different support and long-term care. The Salvation Army began programs to help IDPs integrate and become a part of their local community. We started women’s clubs, English lessons, arranged appointments with lawyers or doctors, as well as a choir and table tennis club for teenagers. Most of these people just want to live a normal life and not a life as refugees, standing in line for bread. The main goal of our integrated programs is to make those who come feel that they are not just IDPs or victims, but humans with own their own story and their own potential for the future.”

The Salvation Army and those working with IDPs encounter many challenges, with each corps facing its own particular struggles, as well as common, ongoing difficulties. “In my experience, one of the main challenges is helping people who are severely traumatised from having to flee their homes and begin a new life,” says Lieutenant Samoilenko. “ They still dream of returning home and often do not see themselves as part of their new town and community. Everyone has a tragic story – a dead son, a lost brother, a house blown up. Their pain is very deep and very real”.

“ The second main challenge we face is often the attitude of the local people who really wanted to help in the beginning, but are worn out now and not excited about refugees any more. For The Salvation Army, this is a real challenge. Organisations that helped the IDPs at the beginning have different areas of focus now, so our corps are the only places in the cities where IDPs can get help. Our resources are very limited though, and we often cannot provide even food parcels to every person coming in.” 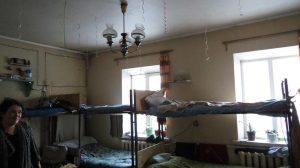 Colonels Rodney and Wendy Walters, Australian Salvation Army officers,  are territorial leaders for the Eastern Europe Territory. They have been working closely with the divisional leaders in Ukraine, Majors Elena and Veacheslav Cotruta, to support the Army’s outreach to IDPs and to ensure that officers and centres are as well- resourced as possible to meet the needs of the continual stream of men, women and children who arrive seeking help.

“These have been incredibly trying years for Ukraine, and especially the 1.5 million displaced people who had been left to fend for themselves,” says Colonel Rodney. “ The Salvation Army in Ukraine, each corps, even the corps in Donetsk that we nearly closed down but made an outpost, has worked tirelessly  to care for, support, encourage and assist those who have come to us for help to find accommodation and work. We have been required to move officers who have been impacted personally, and we have a corps sergeant who faithfully continues the work of The Salvation Army in our owned quarters in Donetsk”.

“God has been doing an incredible work that is beyond our comprehension. The Salvation Army Ukraine is growing  up with the people through this crisis. Though we are still in difficult days trying to finance our work, there is a growing understanding that The Salvation Army cares about people regardless of their background, situation or circumstance. This is one of the incredible side-effects of faithful ministry in tough times. It is the God dimension that still amazes us and gives us hope in times such as these.”

Despite limited funds, The Salvation Army is able to support about 1000 IDPs in the form of food parcels every month, as well as organising feeding programs and help with clothes and shoes. In cities where The Salvation Army operates, IDPs as well as local residents have access to all corps programs, including weekly children’s events and summer activities.

“In some corps, special programs are organised specifically for IDPs, such  as psychological assistance, foreign language teaching, lectures and master classes,” says divisional leader, Major Elena Cotruta. “There are also cultural opportunities such as going to concerts, theatres and museums. The Salvation Army also enables IDPs to communicate with each other, and so create a network of mutual assistance and communication”.

“However, it is not only financial resources which are very limited, but also human resources – the lack of qualified personnel to provide quality assistance  to displaced people. With needs ranging from renting space, paying large utility bills, clothing, footwear, medicines and basic food supplies, the difference between being able to help and the needs we see is just disastrously high.”

Back on the front line of ministry to a battle-scarred people, despite the years of pain and suffering, of doubt and despair, Lieutenant Samoilenko’s war-weary plea remains simple, yet profound. “Please pray,” he says. “Please pray for the IDPs and for all of us working with them. Please pray that the war will end and everyone involved can once again live in safety and in peace.”