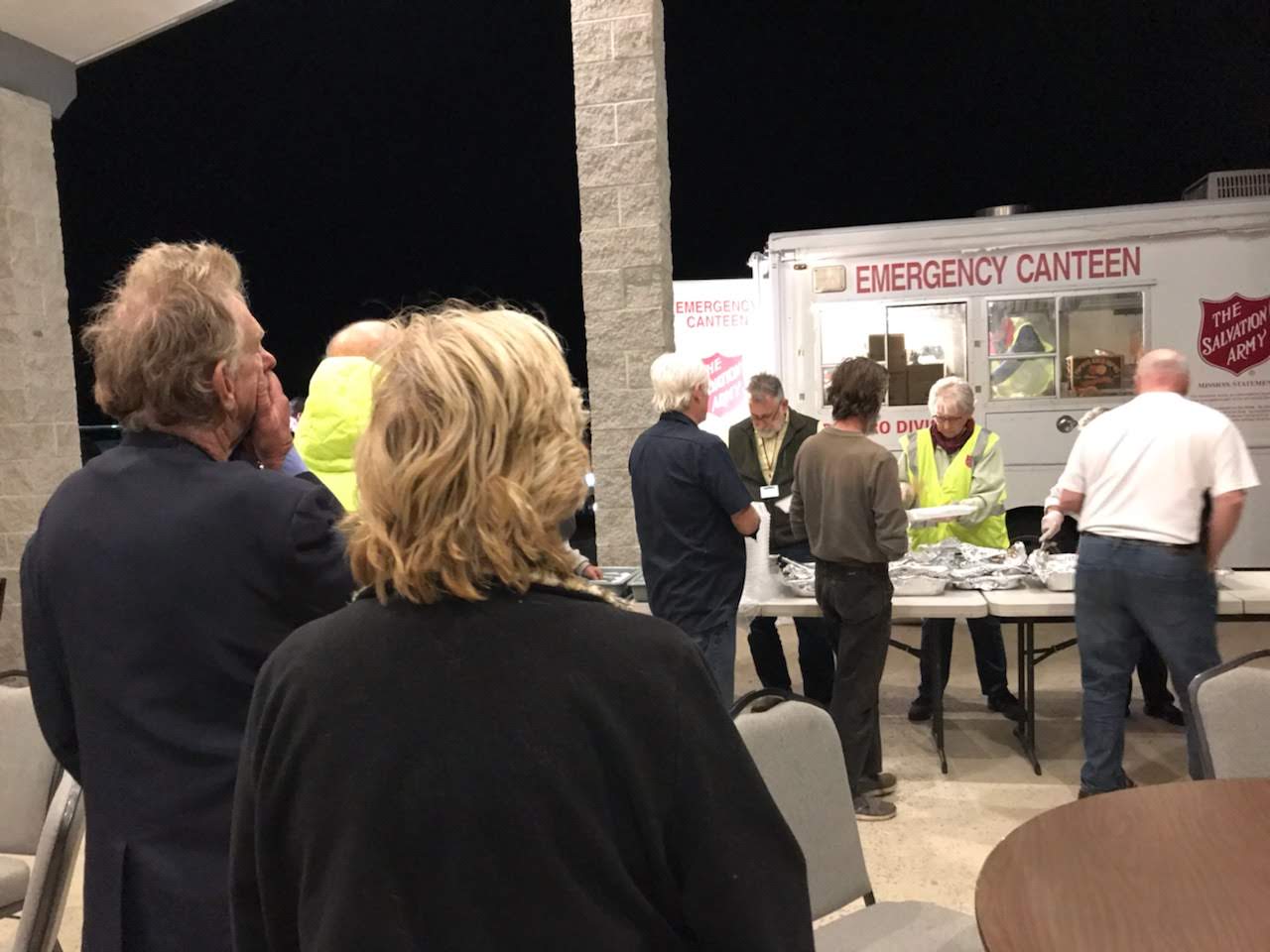 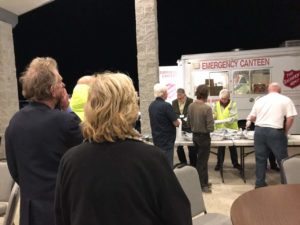 SALVATION Army staff and volunteers are providing assistance to first responders and people affected by unprecedented wildfires in California, USA. More than a quarter of a million people have been forced from their homes in a disaster that has already claimed at least 30 lives. 220 people remain unaccounted for and nearly 7,000 structures have been destroyed – more than in any other wildfire in the state’s history.

In northern California, Salvation Army staff and volunteers have been serving at six evacuation shelters in Butte County. At the time of writing, 7,370 meals had been supplied to evacuees and first responders, with some food being donated by local businesses. Salvation Army officers have also been praying with survivors in the shelters and offering emotional and spiritual care.

Salvation Army properties have been affected by the so-called Camp Fire, with the social services office and thrift store in the town of Paradise burned to the ground.

In the southern part of the state, the Woolsey and Hill fires are burning close to Los Angeles. The Salvation Army has been mobilised to serve food to evacuees in Simi Valley, Newbury Park and Camarillo.

Marty Brown, Executive Director of The Salvation Army’s Camp Lawrence Daley at Mount Crags, Camp Gilmore and Camp Wilderness, near Malibu, surveyed the fire damage at the site before being evacuated by the fire service himself. He described Camp Wilderness, a section of the premises reserved for programmes with vulnerable young people, as ‘a complete loss’. Other structures at the camp were also totally destroyed. Forecasts of high winds, which could fan the flames, mean that other buildings and facilities remain in jeopardy.

As the provision of meals and essential items continues, The Salvation Army is preparing for the long-term recovery effort, even within its own camp. The need for assistance will increase as the wildfires continue to burn and thousands of displaced residents return home to find that their homes and livelihoods are gone.