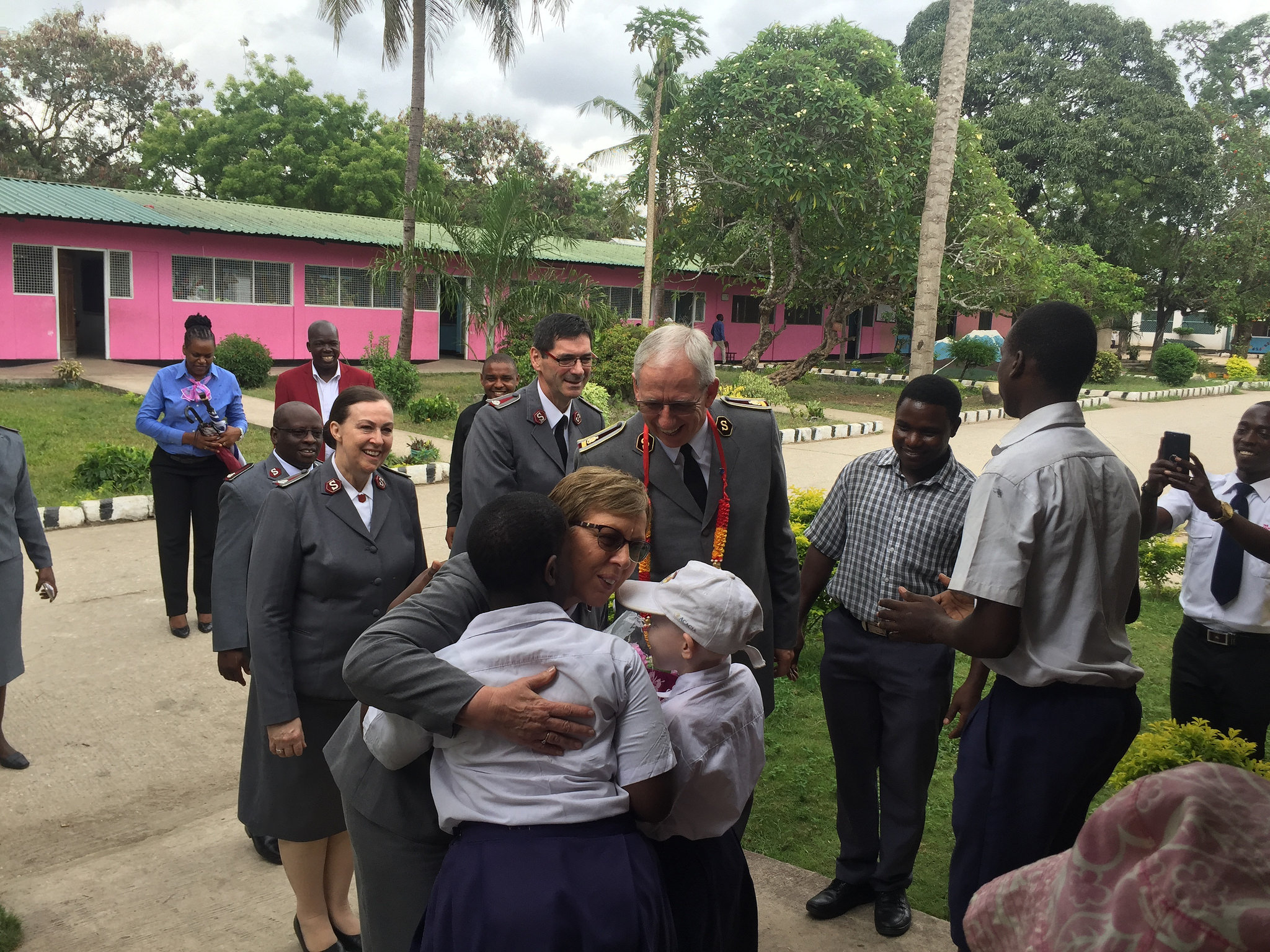 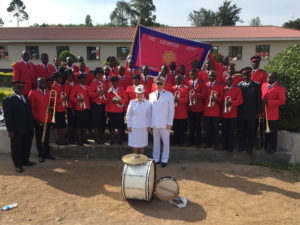 General Brian Peddle and Commissioner Rosalie Peddle (World President of Women’s Ministries) witnessed the passion and exuberance of The Salvation Army in Tanzania when they led a territorial congress which included the commissioning of the Messengers of the Gospel Session of cadets. Salvationists and friends from every corner of the country met in the northern Tarime Division to celebrate 10 years since Tanzania became a Salvation Army territory in its own right.

Many of the Salvationists who gathered would never have previously had an opportunity to witness the commissioning and ordination of cadets, because the training college and territorial headquarters are both in The Salvation Army’s Mgulani Compound ­– which also houses a nursery school, hostel and Matumaini School for disabled children – 1,100 kilometres away in the Tanzanian capital, Dar es Salaam. The international leaders experienced this journey having visited the compound before setting off to Tarime. 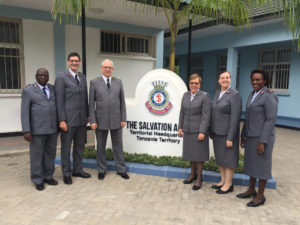 The General and his party were welcomed by headquarters officers, divisional commanders, the Kenya West Territorial Band and members of the Tanzania Police Force. Scouts tied scarves around the necks of the visitors as a sign of honour and respect. The General gave a few words of greeting and prayed before heading to a luncheon with the Territorial Executive Council, after which he led officers councils.

During the evening men, women, and young people gathered for rallies. The General attended both the men’s rally and the youth rally. At the former, he emphasised the importance of being men of God, following his will rather than the ways of the world. Forty-three men responded to the General’s challenge by kneeling in prayer at the mercy seat.

At the women’s rally Commissioner Rosalie Peddle told the congregation of more than 400 women that God’s calling is real – they are called to be his light to the people of all nations, in their homes and to their families. She also asked the women to pray that God will help them to be obedient and to have faith. Fifty-six women knelt at the mercy seat in response to the invitation given by the commissioner. Awards were presented to the women who had raised the most money for the Helping-Hand appeal.

The next day began with a march of witness, led by Kenya West Territorial Band. The General and Commissioner Peddle took the salute as marchers passed on the five-kilometre route through the town of Tarime and on to the congress venue.

At a public meeting the General urged people to trust what the Bible says and live by it.

In her Bible message, Commissioner Peddle told her listeners that they were created for God’s glory and to reflect God’s glory. To do this, she explained, they need to be filled with the Holy Spirit. The meeting concluded with a chorus and a call to the mercy seat, which saw 57 people respond.

Later, parents of cadets were admitted to the Fellowship of the Silver Star. The parents were touched by this gesture of support and encouragement. When the General gave a call to officership, more than 60 young men and women moved to the mercy seat to proclaim their willingness to become Salvation Army officers.

Sunday began with the ordination and commissioning service. Before the cadets were commissioned, the General told them that they should remember the words of John 3:16 – that God loved the world – so they could tell others about this love and continue doing so. He reminded the cadets to keep the promises of God in their hearts, adding that The Salvation Army in Tanzania will have a good future because it will be led by them. 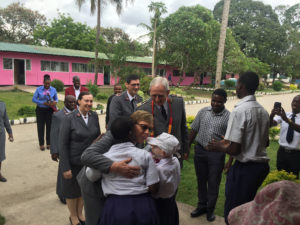 Commissioner Rosalie encouraged the newly-commissioned officers with three passages from the Book of Isaiah. Assuring the lieutenants that God will be with them and give them strength, she concluded: ‘The God who called you will do wonders through you. Just focus your eyes on Jesus Christ.’

After a short break the new lieutenants put on their officer’s trimmings and prepared for the appointment service. There was a feeling of tangible energy and excitement among the new officers and the congregation.

Territorial Commander Colonel Wayne Bungay called each new lieutenant to receive his or her appointment – identifying where they would serve as officers of The Salvation Army. At the same time, the children of the new officers joined their parents and were welcomed into the Salvation Army Officer’s Children Association. This was a special time for each family, and an exciting time as the new lieutenants received their appointments.