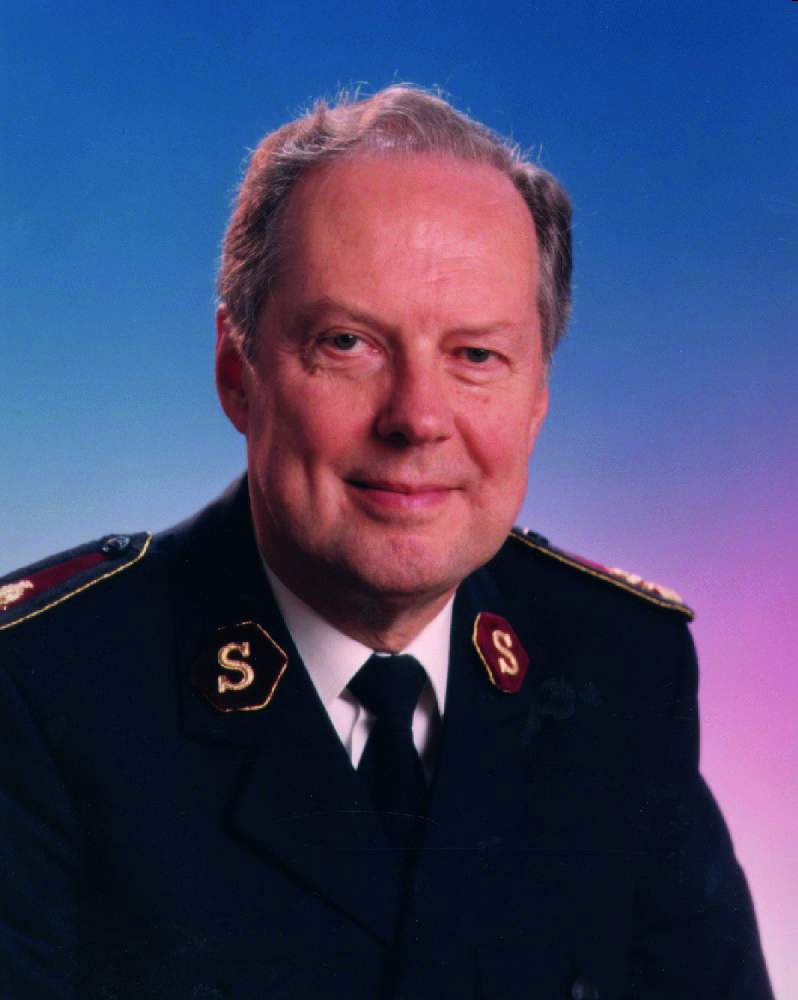 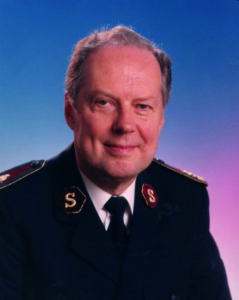 GENERAL Bramwell H. Tillsley (Retired), The Salvation Army’s 14th international leader, was promoted to Glory on 2 November 2019 from his home at the Army’s Meighen Retirement Residence in Toronto, Canada.

Bramwell was born in Kitchener, Ontario, Canada, on 18 August 1931 to Salvationists Harold and Doris Tillsley, who had emigrated from England to Canada just a few years before. He accepted Christ at a young age and became actively involved at Kitchener Citadel, including as a junior soldier, corps cadet, bandsman and cornet soloist.

In 1953, Bramwell married his beloved Maude Pitcher, and together they entered the Toronto College for Officer Training in 1955 as cadets in the Sword Bearers Session. Upon their commissioning in 1956, they were appointed as corps officers (church ministers) in Windsor, Nova Scotia, followed by Oakville, Ontario. They served for the next six years at the training college in Toronto before their appointments as divisional youth officers in Saskatchewan and corps officers at North Toronto Citadel in 1966. In 1969, the Tillsleys returned to the training college in Toronto, where Bramwell took up the position of education officer. He went on to become training principal, first at the training college in St John’s, Newfoundland, and then in the USA Eastern Territory.

In 1977, the Tillsleys returned to Newfoundland, with Bramwell appointed as the provincial commander. The position of divisional commander in the Metro Toronto Division followed, bringing the Tillsleys to home ground. Bramwell became principal of the international training college in London, United Kingdom, in 1981, chief secretary of the USA Southern Territory in 1985 and territorial commander in the Australia Southern Territory in 1989, taking the rank of commissioner. In 1991, Commissioner Tillsley was appointed as Chief of the Staff at International Headquarters in London, UK.

In 1993, he was elected as the 14th General and international leader of The Salvation Army, an office he held until May 1994. Together with his wife, Mrs General Maude Tillsley (World President of Women’s Organisations), General Tillsley travelled the world, nurturing Salvationists in their faith and highlighting the work of The Salvation Army.

General Tillsley received a bachelor of arts degree in philosophy from the University of Western Ontario and furthered his studies at Wycliffe College in Toronto. He was a gifted writer and communicator who authored many books on biblical studies and holiness, including Life in the Spirit, This Mind in You and Manpower for the Master.

General Tillsley was predeceased by his wife, Mrs General Maude Tillsley, who was promoted to Glory in 2014.

Loving prayers are extended to the General’s sister, Lieut-Colonel Audrey Wilder, and to his children and their families – the Revd Dr Barbara Robinson, Commissioner Mark Tillsley and John Tillsley.

The current international leader of The Salvation Army, General Brian Peddle, writes: ‘As a Canadian officer, I have experienced the impact of General Tillsley’s leadership for more than four decades. I have valued his writings and enjoyed his preaching and teaching, while noting his Christian character.