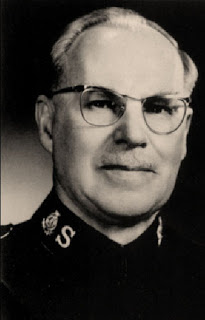 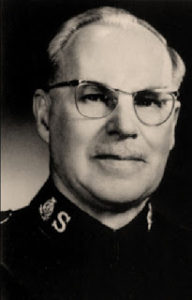 Part of the unwrapping of the gift of the Spirit, is to confirm that you have done it. This is in line with the Biblical principle of believing in your heart and confessing with your mouth (1). However, it is very important that we confirm each other as well.

When I last week wrote that I was given an opportunity to testify about the baptism of the Holy Spirit at the annual Congress in 1973, several people came and confirmed what I had shared. One of them was the main speaker at the Congress, General Clarence Wiseman. He came down to me and some other young people and said: “Keep the fire burning – don’t wait for the others!”

Very often we lose momentum because we are waiting for everyone to be part of the same move at the same time. It will never happen that ‘all’ are part of the same move. When a considerable number of people are on the same move, it is called revival. However, even in times of revival there will be people who distance themselves from the ‘movement’. General Wiseman knew that, and he encouraged and confirmed the young people ‘on fire’ for the Lord.

Some months ago I wrote a series on the mentoring relationship between Paul and Timothy (2). Several of the more than 90 blogs touched the importance of confirmation and affirmation that is so evident in the letters. It is for example encouraging to see how Paul confirmed Timothy as

and how he confirmed the gift of the Spirit in Timothy:

I remind you to fan into flame the gift of God, which is in you through the laying on of my hands. For the Spirit God gave us does not make us timid, but gives us power, love and self-discipline.
2 Timothy 1:6-7 (4)

It shows how important it is to confirm those who are moving in the right direction.

I want to confirm people who are on the right track