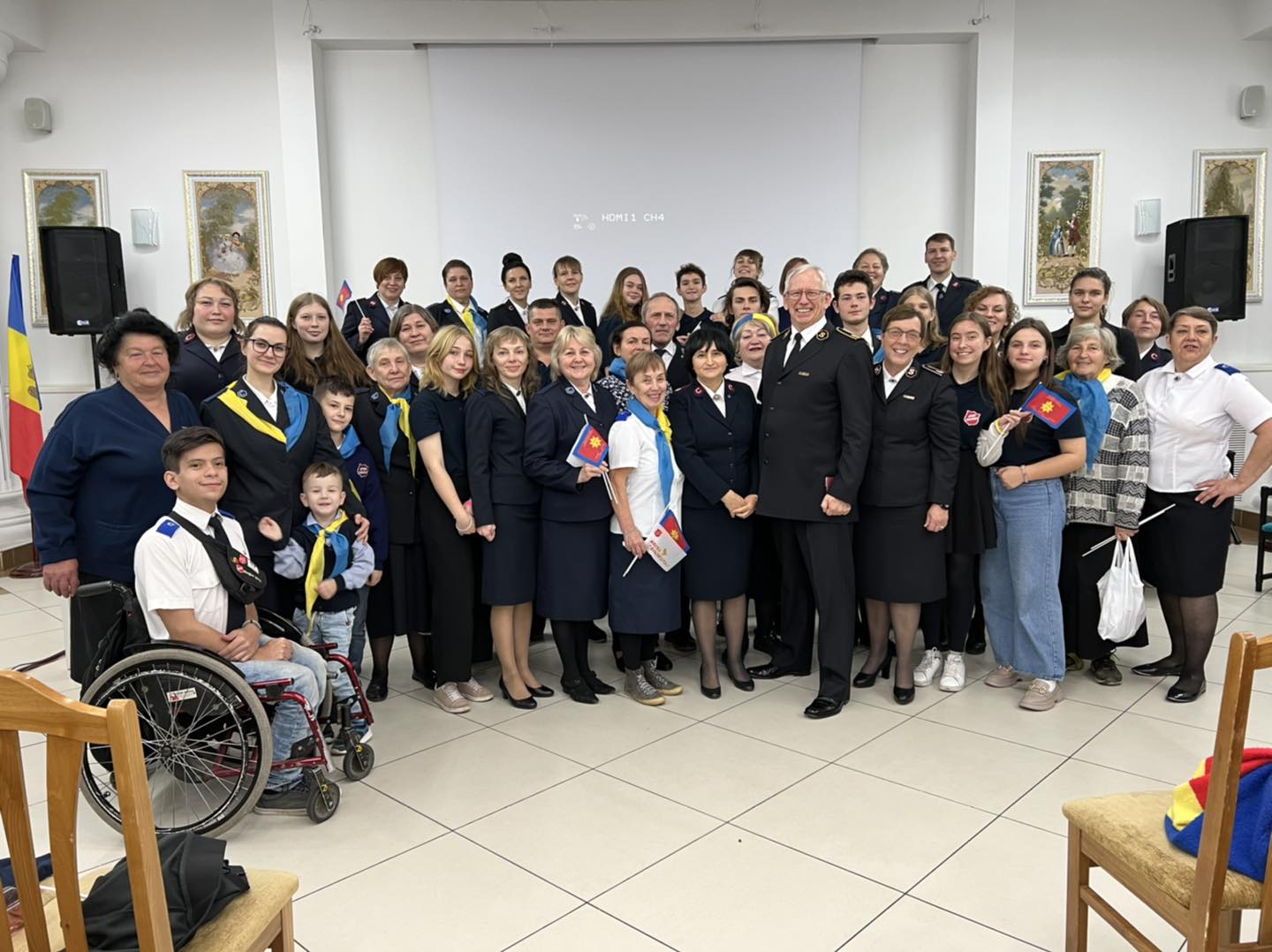 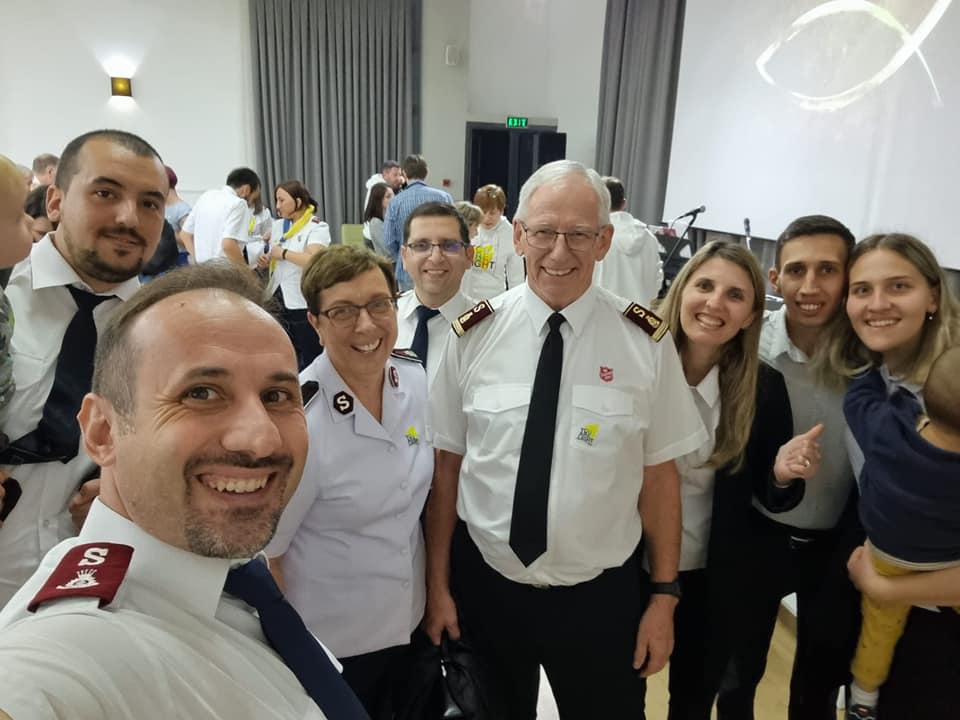 The love, joy and shared faith of the people of the Eastern Europe Territory (EET) was evident throughout the visit of General Brian Peddle and Commissioner Rosalie Peddle (World President of Women’s Ministries) 6-10 October, in Chisinau, capital of Moldova.

Bulgaria, Georgia, Moldova, Romania and Ukraine make up the EET, with headquarters in Chisinau. The Covid-19 pandemic and complications from the war in Ukraine, had prevented officers, soldiers and friends from gathering for almost four years.

As delegates arrived throughout the first day, EET Territorial leaders Colonels Cheralynne and Kelvin Pethybridge travelled with the General and Commissioner to Ungheni Corps, 100km north-west of Chisinau. Corps officers Majors Eugenia and Gheorghe Roman hosted the leaders, who spent time learning about the corps’ ministry with Ukrainian refugees, children, youth and the vulnerable in the community.

The territory’s theme, ‘Faith and Courage’ was reflected in each event during the visit, beginning with the youth meeting on Friday night. More than 200 young (and not so young!) people gathered for vibrant worship, a lively question-and-answer session with the General and Commissioner, powerful testimonies praising God’s power to change lives, and Bible-based games.

General and Commissioner Peddle concluded the meeting with a combined message, sharing the biblical story of Shadrach, Meshach and Abednego and their courage, commitment and confidence in God as they faced life-threatening circumstances. The leaders encouraged the young people to follow this example in their lives and know that God was with them in every circumstance. 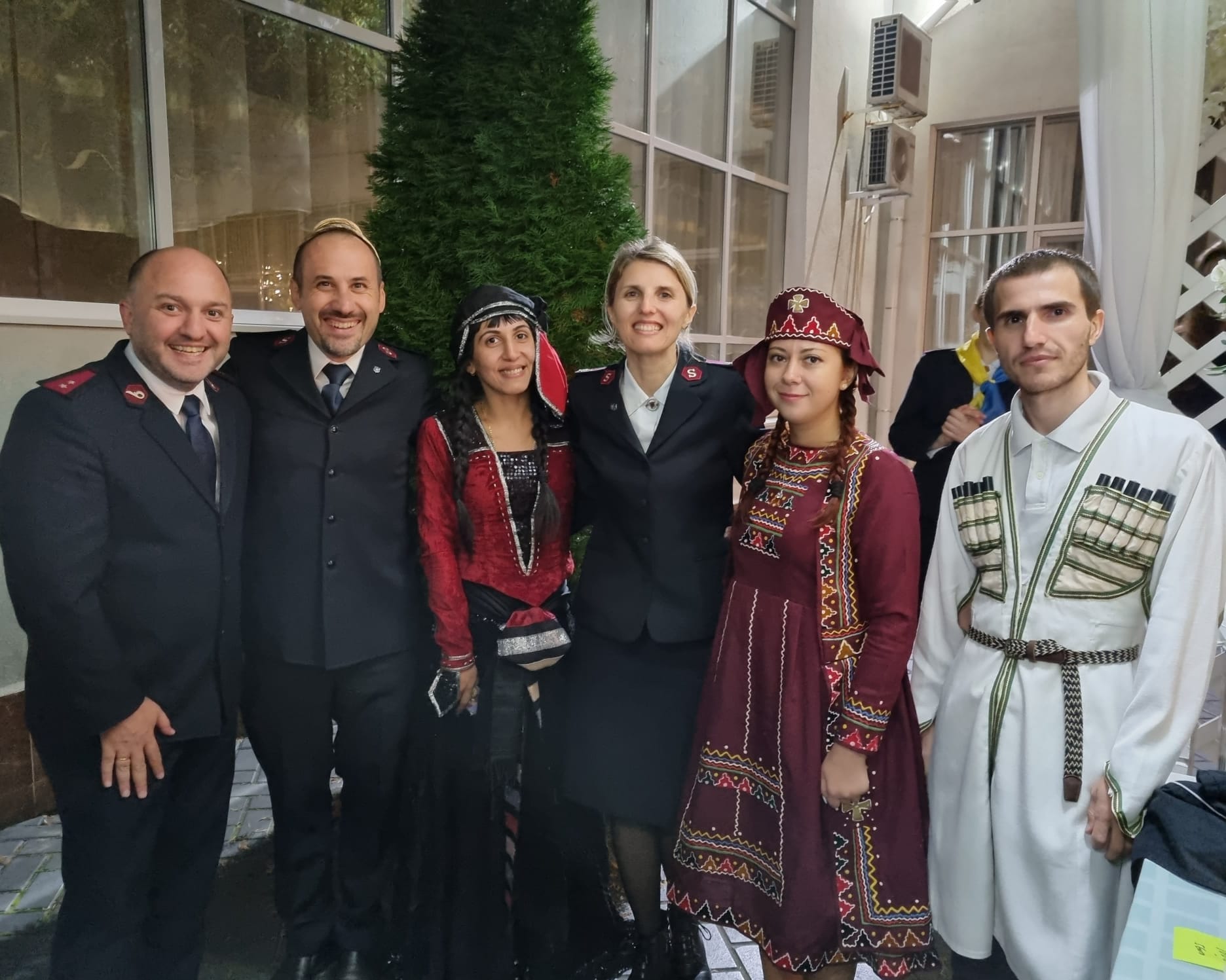 “We are so different, but we are one in Jesus,” was one of the opening comments of the territorial cultural celebration on Saturday afternoon, showcasing the cultures of the EET.

The national colours, tastes, handicrafts and flags of each of the five countries were on display, with many delegates dressed in national costume.

During the second half of the event, each division presented a video and song highlighting the ministry of The Salvation Army there. The Ukrainian presentation – a video featuring both pre-war ministry and outreach after the bombs started falling, as well a Ukrainian national song – brought the audience to tears and a collective show of solidarity and support. Everyone was asked to pray out loud for Ukraine, in their own language. The faith of the Ukrainian division, and their determination to serve, shone through. The moment was powerful, heart-rending, and moving, for everyone.

During Sunday’s public meeting, Commissioner Rosalie Peddle assured the congregation that nothing can separate us from God’s love, and he is “more than enough” for anything we face in life.

General Brian Peddle continued this theme, speaking about the hope that comes from God who promises to take our burdens and give us both strength for the present and a resurrected life in the future.

Delegates left the celebration weekend feeling spiritually refreshed and strengthened in their faith. Many young people also commented how encouraging it was to worship and be part of a big international church family.