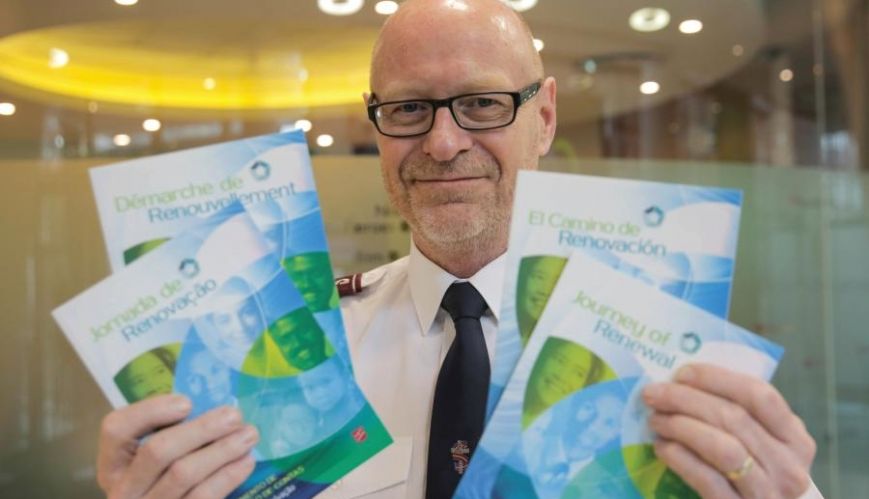 Commissioner Robert Donaldson, International Secretary for Governance and Accountability, with copies of the Journey of Renewal booklet, which has been translated into a variety of languages and is being distributed around the world.

The Salvation Army, with the long-term viability of its worldwide mission at heart, is one organisation that is facing the challenges head-on and which has embarked on a self-proclaimed “Journey of Renewal”, a campaign launched by the Army’s world leader General André Cox in 2016. As part of this journey, all aspects of the Army’s spiritual and missional life are coming under the microscope of accountability and all Salvation Army personnel have been called to participate in a global Accountability Movement.

“The great hope of Journey of Renewal,” says Commissioner Robert Donaldson, International Secretary for Governance and Accountability, “is that across the world, in every place, The Salvation Army will be engulfed by a new vitality in the experience and expression of its faith, and fresh energy to serve the world. We envision a new level of passion and heightened awareness – globally and locally – to share the transforming love of God in Jesus, eliminate poverty, safeguard the vulnerable, and ensure contemporary best practice in all our systems and processes.” 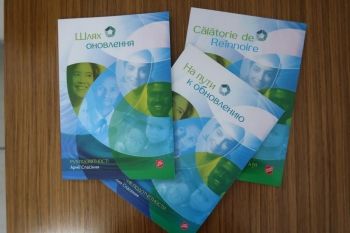 Fifteen thousand copies of the Journey of Renewal resource book (pictured right) have been printed and distributed throughout the world. Additionally, Journey of Renewal has been translated into more than 15 languages other than English. In the Eastern Europe Territory (EET) alone, this meant translation into four languages — Russian, Ukrainian, Romanian and Georgian. “We can see an increasing understanding among our people about the need for accountability in all areas,” says Colonel Magna Nielsen, Territorial Leader in EET with Colonel Jostein Nielsen. “Even before the book was translated, we used the Accountability Movement as the basis for planning our Territorial Mission Strategy 2016-2020. We have also held seminars in our countries about how Journey of Renewal can be used in our corps.”

HOLINESS UNTO THE LORD

Thirty-eight territories, commands and regions – out of 62 worldwide – have commenced their Journey of Renewal since its launch. Importantly for Salvationists, taking this journey arises as much out of the Army’s foundational “holiness” focus as it does out of the universal need to adapt to the technological and sociological realities of the 21st century.

In effect, through Journey of Renewal, the Army is saying that anything less than a thorough refit of its mission, renewal of its spiritual passion and upgrade in how it resources both its faith and its mission would be a failure in stewardship and, therefore, a serious breach of its holiness tradition. “How could we continue to uphold the scriptural imperative ‘holiness unto the Lord’ if our own house was unfit to meet the needs of the hour?” says Commissioner Donaldson. “If the Army itself was unwilling to adapt its methods or open its heart to a fresh vision and passion for operating in the very different world of the 2010s; if we acquiesced to pluralism and commercialism, or failed to update our systems and became an incompetent Salvation Army, or became a proud Salvation Army in an age that values humility above all other qualities?”

Commissioner Donaldson believes that any organisation impacted by the wholesale changes to society over the past five decades can remake itself and enjoy success in its core business, so long as it is willing to refocus and make hard decisions in the process. He notes how this is the subject of books such as Rick Warren’s Purpose Driven Church and how in the 2010s the Holy Spirit seems to be speaking across Christianity about the Church’s spiritual life and mission to the world being reborn. 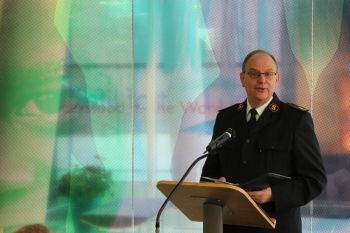 One case in point is how in 2013, at the same time General André Cox (pictured right) began talking about spiritual and organisational renewal in The Salvation Army, Pope Francis was calling the Roman Catholic Church to “refind” its mission to the poor. “Be shepherds with the smell of the sheep,” he challenged the church’s priests worldwide. “Bring the healing power of God’s grace to everyone in need. Stay close to the marginalised.” Similarly, Archbishop of Canterbury Justin Welby has made the renewal of prayer and religious communities of the Anglican Church his first priority, saying that it is through prayer that we find our true identity.

General André Cox launched Journey of Renewal, with the Accountability Movement as its action or sign-up space, in 2016.

“As its international leader,” said General Cox, “I am convicted to call The Salvation Army to spiritual and missional renewal. In a world of shifting values, we must be people of spiritual vitality and integrity, faithful and dynamic in mission. We should want to be accountable for our actions and attitudes as we participate in God’s mission to transform the world.