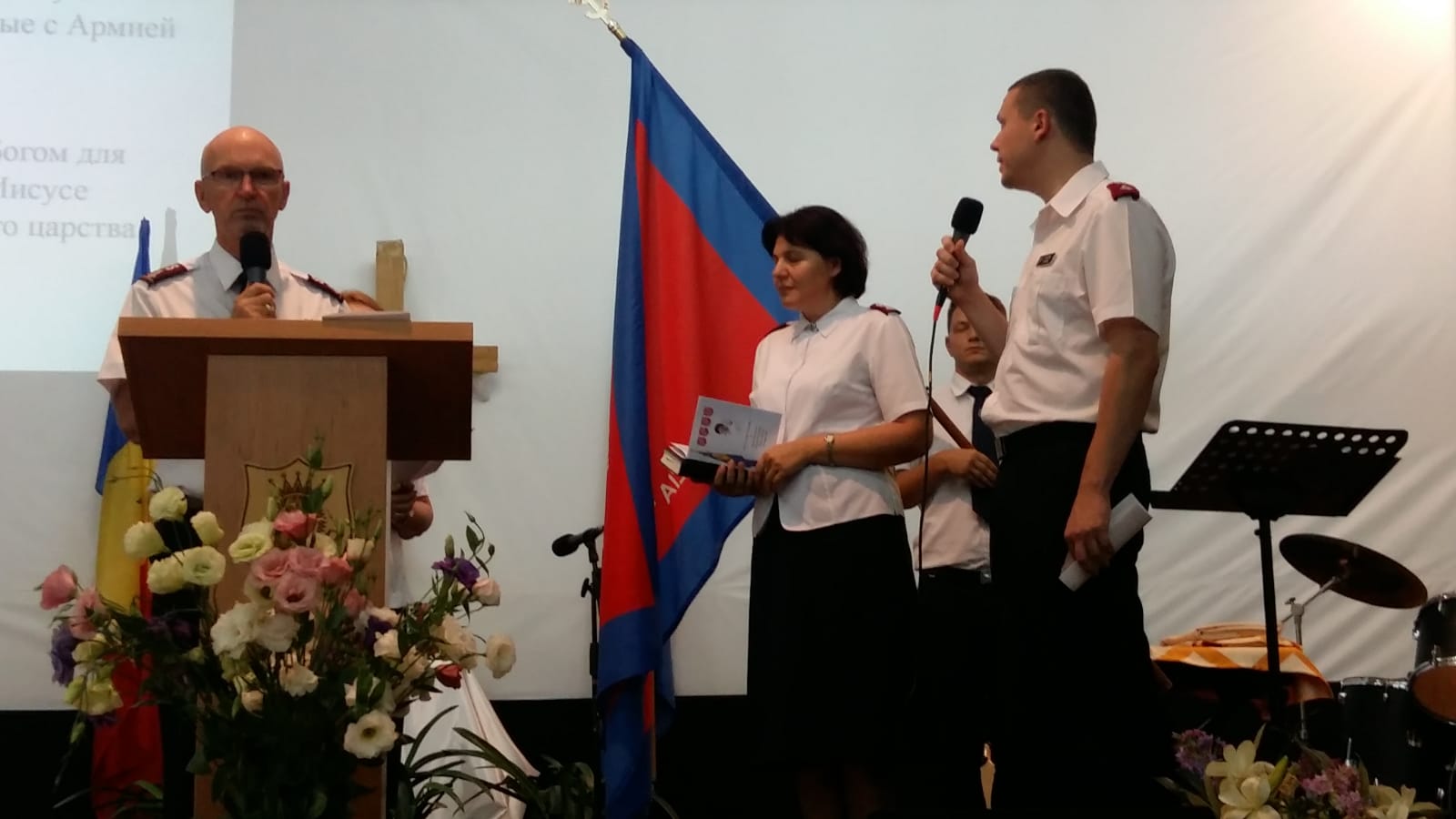 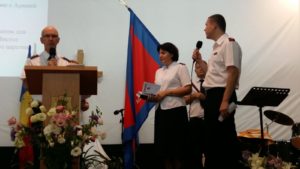 The installation of Major Galina Burlacu marks a significant point in the history of Eastern Europe Territory.

After many years of divisional leadership through officers from Great Britain, the USA and Norway, for the first time in the history of the Division a Moldovan born officer takes over the leadership of the Division.

Major Don Gilger, the DC for the past two years,  has returned home after three years of service in EET, together with DDWM Major Ronda Gilger,  to take up new responsibilities in their Home Territory, USA  West. 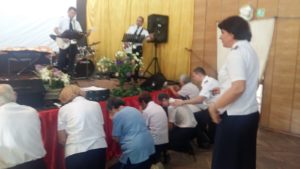 Major Galina Burlacu has served 16 years in various positions in Corps and Divisional Headquarters appointments, and in the last three years has served at THQ as Territorial Youth Secretary of EET. Well equipped, she takes up her new appointment,  and the welcome meeting shows the joy of the soldiers and officers for this exciting new breath of fresh air in the Moldova Division and EET.

Pray for Major Galina and The Salvation Army in Moldova and Eastern Europe Territory.

May God bless us all!