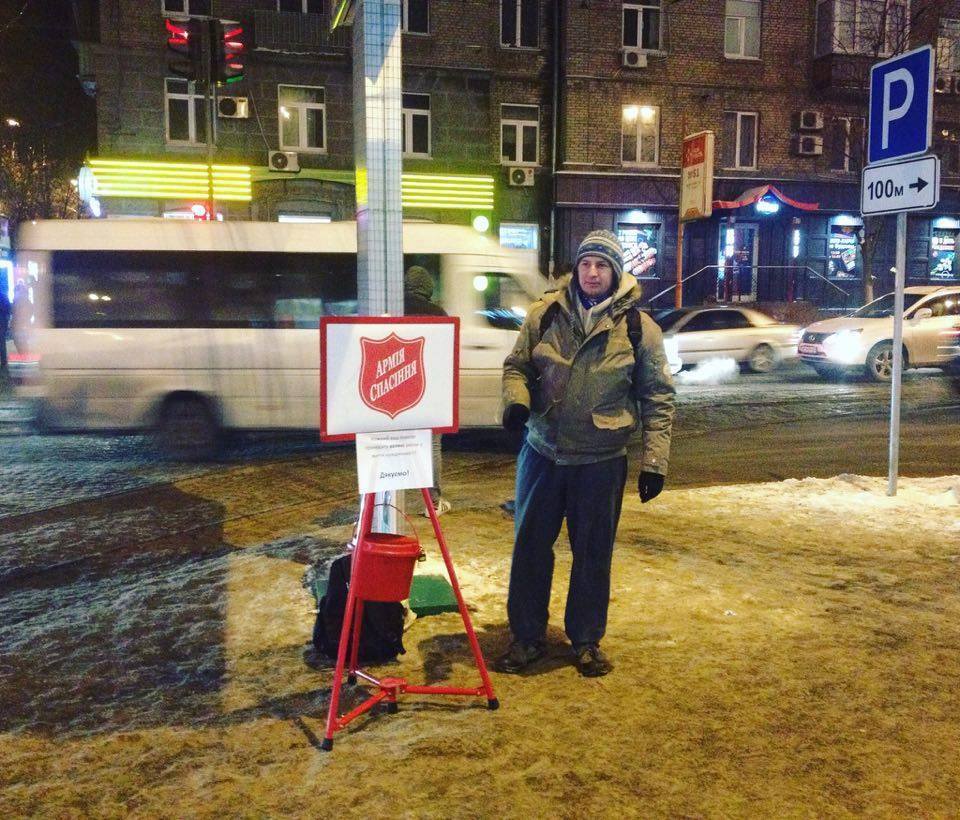 The collection in 2016 was very successful and resulted in invitations from supermarkets and shopping malls to return for the Christmas Kettle campaign in 2017. McDonald’s in Dnipro, for instance, supported the local corps of The Salvation Army by providing free food.

All the funds collected by The Salvation Army in Ukraine have been used to buy Christmas gifts for vulnerable people and children.

The Salvation Army in Ukraine conducted a number of concerts, drama performances and various celebratory events, which created a joyful atmosphere and filled people’s hearts with love: