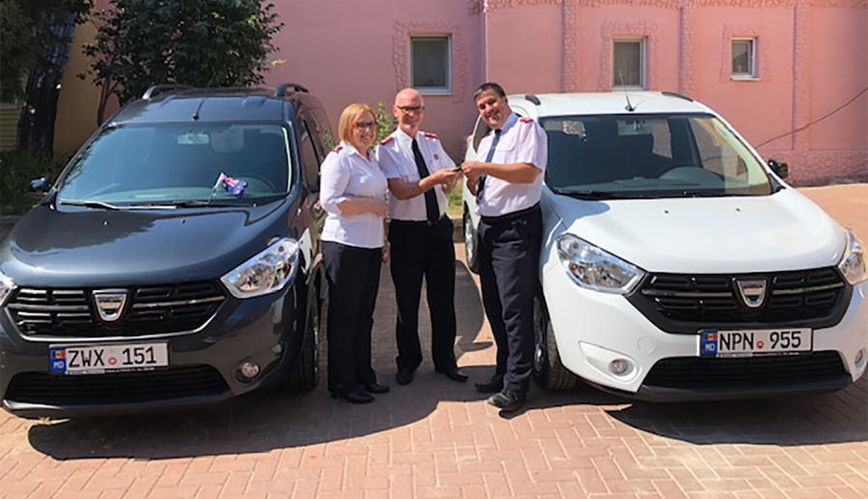 Through the generous support of The Salvation Army Australia Territory, two new vehicles have been bought to help keep the Army in the Moldova division on the move.

Eastern Europe Territorial Commander Colonel Kelvin Pethybridge said there was a high level of excitement in the division when the vehicles were bought.

Kelvin said Moldova was given a 15-year-old, second-hand Mercedes-Benz about 20 years ago and it had faithfully carried out its duties until recently when, due to the age of the vehicle, the road conditions in the division and mileage covered, it had become too dangerous to use.

He said that without a vehicle, the division believed its ministry in the region would be harmed.

The Army did not have any spare cash to replace the vehicle so it was decided to look for international support. 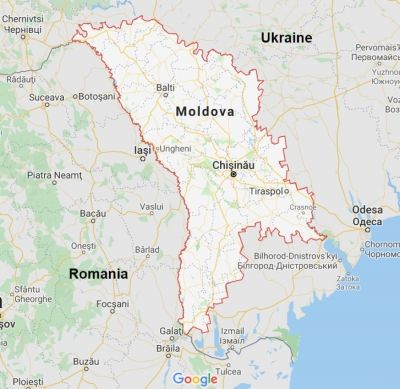 Kelvin, an Australian officer, said he wrote a letter to former Australia Territory leader, Commissioner Floyd Tidd, to see if it could help with the purchase of a replacement vehicle.

“The commissioner graciously supported the request and, after many months, much paperwork and many emails, the money arrived,” Kelvin said.

“In true Eastern Europe style, they then decided that, instead of buying just one larger vehicle with the money provided, they could just afford two smaller basic vehicles and bless two regions with a vehicle instead of just one.

“In Moldova, the vehicles are placed in regions and are shared by a number of corps. Not all corps officers have a car and most go about their work by bus in the winter snow, bicycle or walking in the warmer months,” he said.

The arrival of the vehicles was cause for “great celebration”. Kelvin said one vehicle is to be placed in Ungheni and the other the capital Chisinau.

In the vehicle shuffle, Kelvin said that, originally, it was planned that one of the new vehicles be sent to Balti to replace a bus that was “using more oil than petrol” but another older vehicle had been found as its replacement.

Moldova Divisional Commander Major Andrei Iniutocichin said the new vehicles were Dacia – a Lodgy and a Dokker. Andrei said having the vehicles would help the Army’s ministries “to become more efficient”.

He said the Lodgy is to be used by Ungheni Corps where Corps Officers Majors Gheorghe and Eugenia Romana serve.

The second vehicle, the Dacia Dokker, is being assigned to two projects coordinated through divisional headquarters.

Andrei said that the Army’s prison chaplain would use that vehicle to travel between two prisons in the division. At other times, it would be used by an officer travelling to various parts of the division with volunteers “in order to fulfil the word of God”.

He said it would also be used as part of the division’s ministry to street children.

“There is a good trunk (boot) in the car, where you can put hot soup, porridge and sandwiches and feed them to young people and teenagers who, for some reason, live on the streets of Chisinau (the capital of Moldova),” Andrei said.

The ministry of Moldova began in 1994. Divisional headquarters is in the capital Chisinau, which is about 110km west of the border town of Ungheni and 135km south of Balti. There are 16 corps across the country.

“I would like to thank the Australian Territory for their most generous support. The provision of these vehicles will make such a difference to the life and ministry of the officers,” Kelvin said.